We use cookies to make your experience better. To comply with the new e-Privacy directive, we need to ask for your consent to set the cookies. Learn more.

FREE DELIVERY ON ORDERS OVER £150 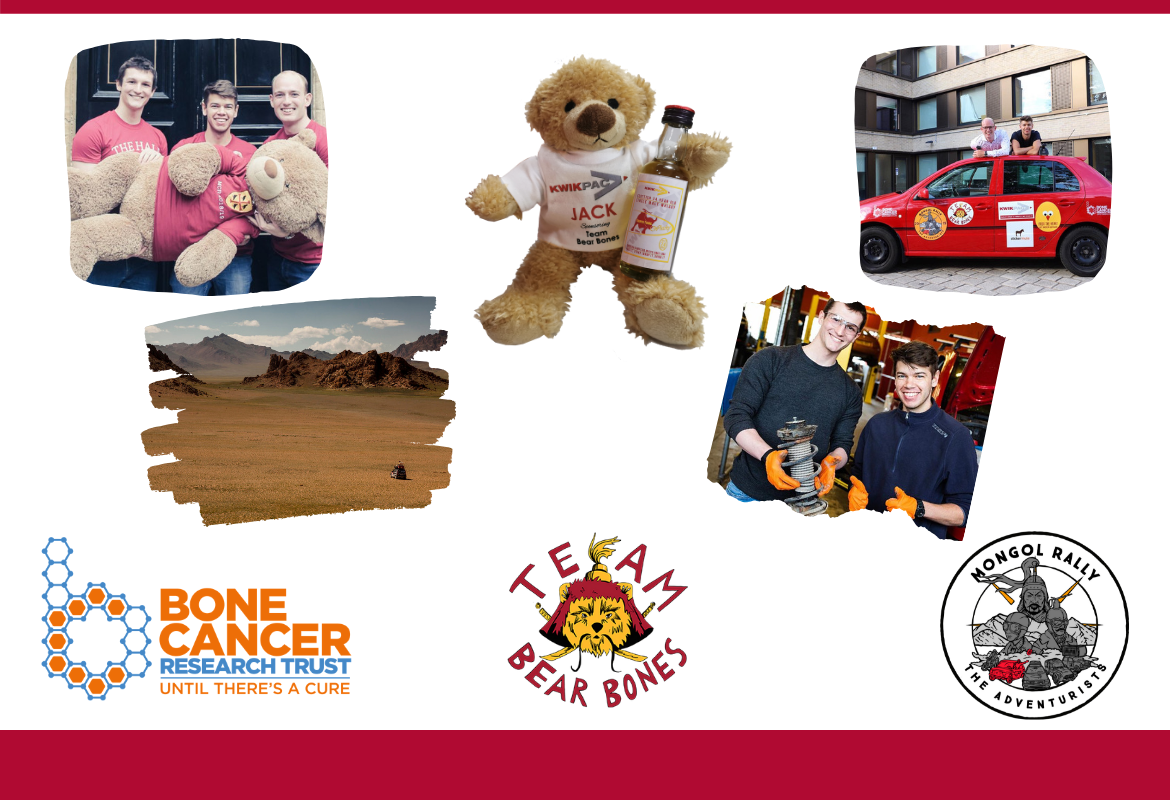 Three guys, one old car, Kwikpac Taurex Tonic Whisky, a Kwikpac Jack teddy bear mascot and a crazy plan... To drive from Oxford to Mongolia, taking on the Mongol Rally, over 7 weeks, to raise money for Bone Cancer Research Trust.

Team Bear Bones and Kwikpac.. Paws-ibly the Best Collaboration in the World! 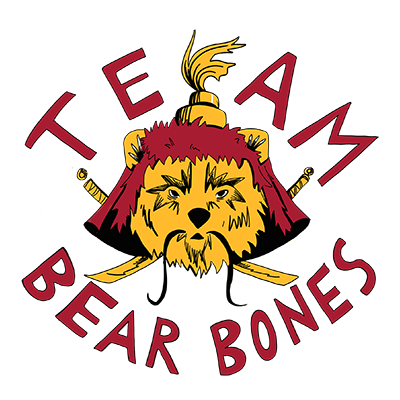 Earlier this year we were in touch with Bone Cancer Research Trust, as we were keen to support this very important charity and they recommended a great bunch of guys taking part in the Mongol Rally 2019. We were inspired by Team Bear Bones' dedication, motivation and passion to give so much of their own time and energy to such a wonderful cause and wanted to get behind them to support them as much as we could. We were able to financially support their challenge by sponsoring their car. After completing the rally, Team Bear Bones will sell it and the proceeds will also go to BCRT. 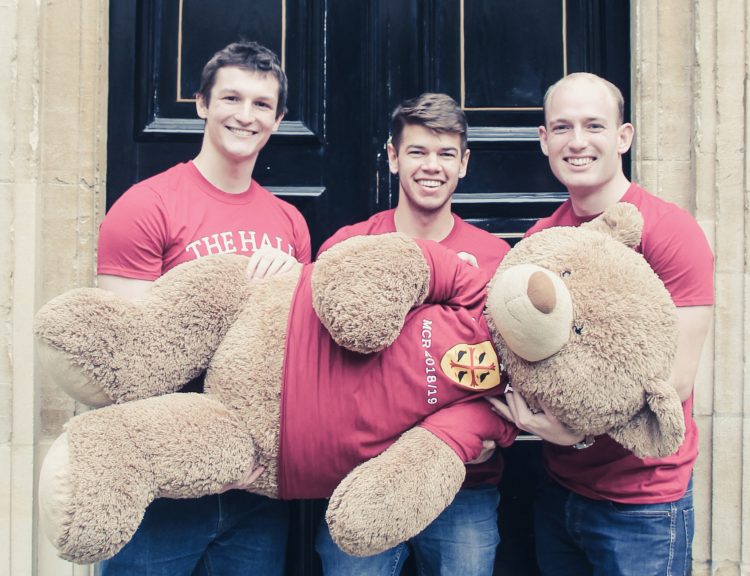 Ed, Freddie and Sean lost their best friend to bone cancer. Too many people know how it feels to lose a friend or loved one to bone cancer. Unfortunately, everyone at Teddy Hall (St Edmund Hall, University of Oxford) knows that feeling all too well.

Matthew Greenwood was a 3rd year engineering student (age 21) at the Hall when he became ill. He was first diagnosed with osteonecrosis but it was later found to be a kind of bone cancer. In March of 2016 he rowed for the top boat at Teddy Hall, and later that summer he was given just 9 months to live.

Clearly bone cancer can strike anyone at any time and is difficult to diagnose. The mission is to raise as much money as possible for Bone Cancer Research Trust and raise awareness of the great work they do.

To support team Bear Bones, visit their Just Giving page and check out their website for all details on their challenge. 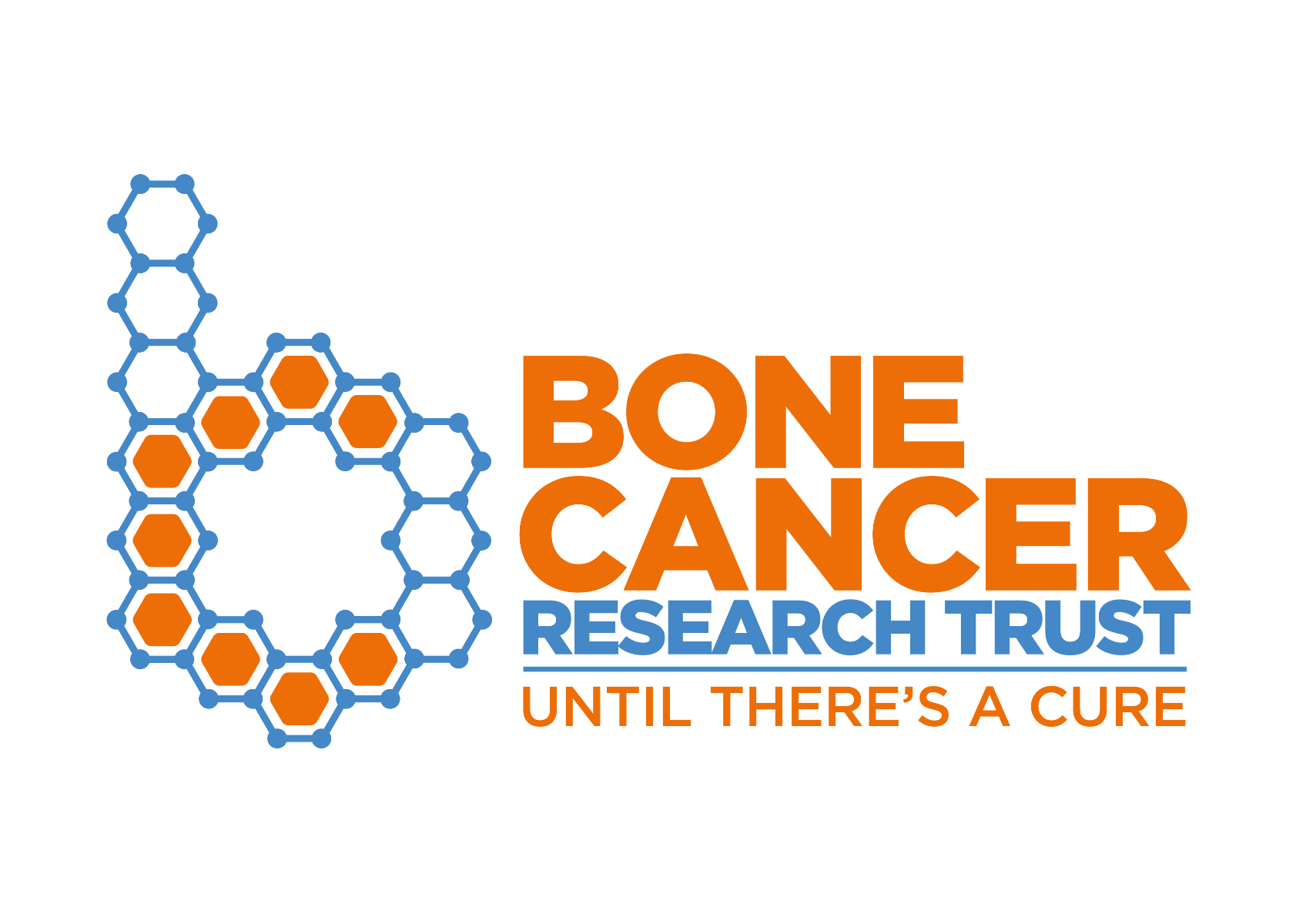 Bone Cancer Research Trust funds research targeting the development of new bone cancer treatments as well as the reduction of side effects of existing treatments. They also support families who are struck by this disease. BCRT is the leading charity dedicated to fighting primary bone cancer and they are uniquely placed to make a difference through research, information, awareness and support. For those affected by the disease right now, their top-quality information and supportive network means no-one should have to feel alone or isolated. 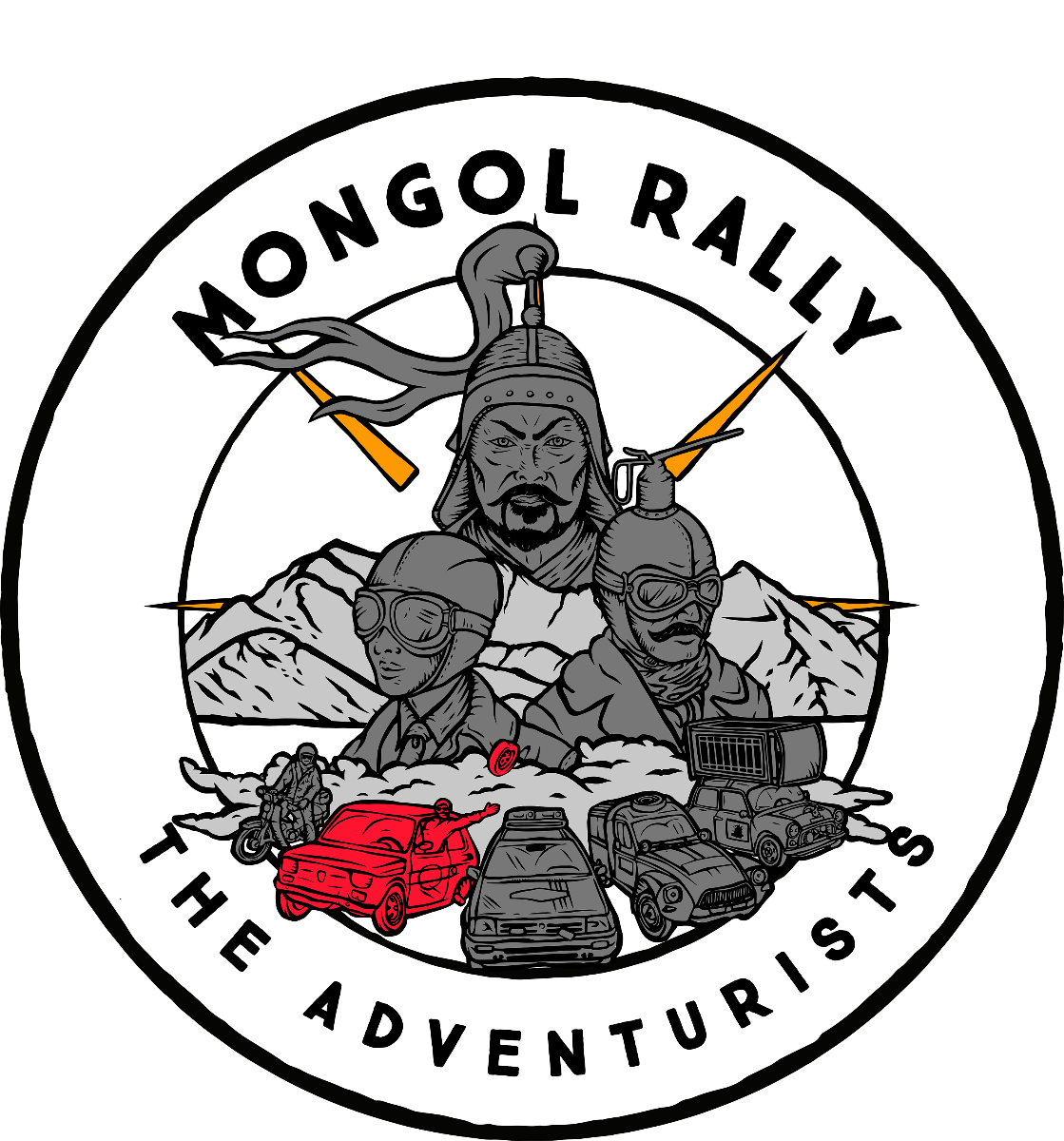 Participants find wholly inadequate vehicles, which must be 1ltr (1000cc) or less, make them road worthy and drive them from their home country to the Czech Republic, where they will start their long journey to Ulan-Ude in Russia, to raise funds for their chosen charity.

Teams map their own routes and have until 16th September to reach Ulan-Ude, when the finish line closes. 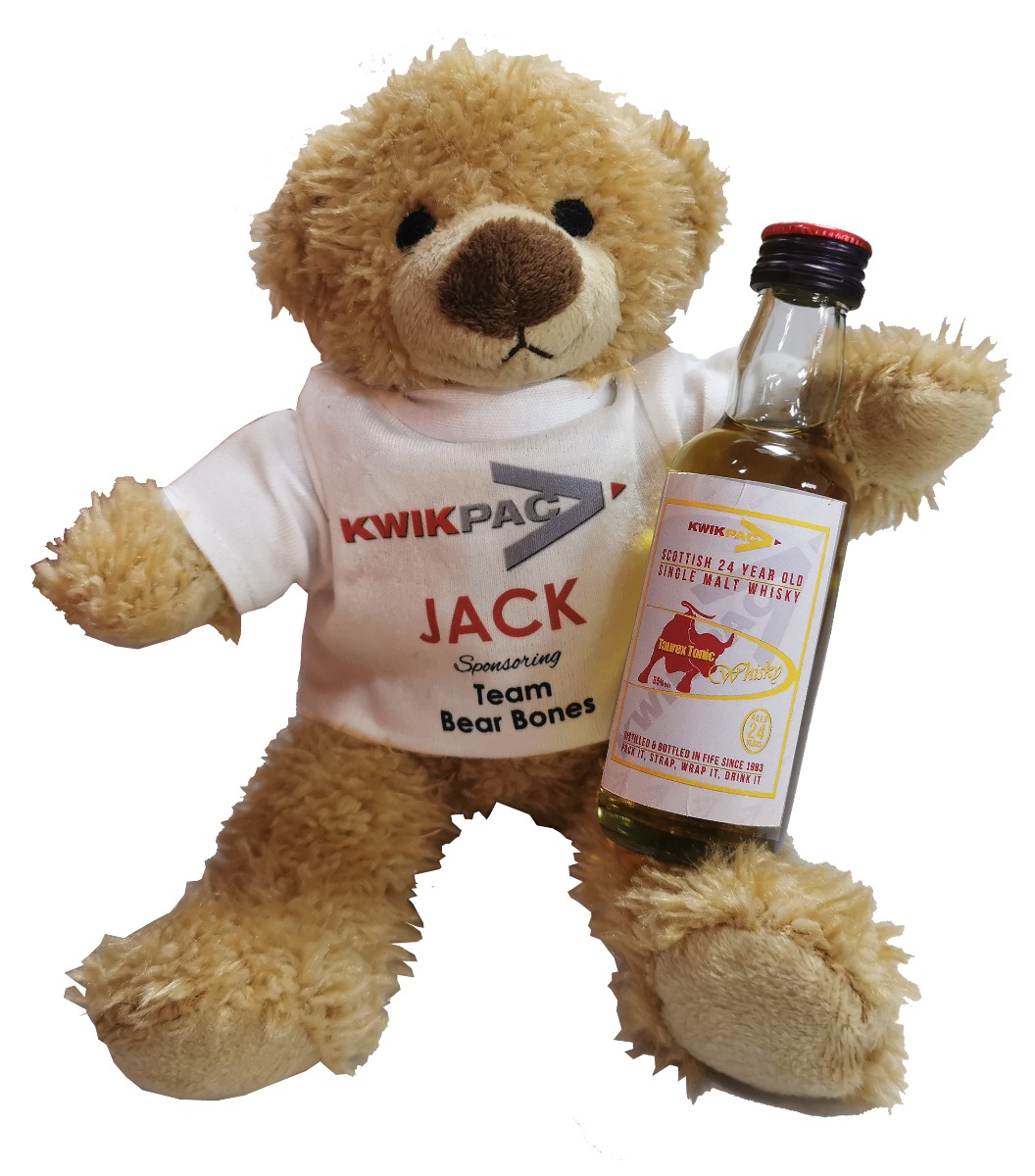 Team Bear Bones have taken Kwikpac Jack on their journey with them as a mascot, who will be making his debut appearance on Team Bear Bones' social media channels & website very soon! We'll track & map Kwikpac Jack & the team's progress as often as possible on social media, newsletters & news posts - depending on signal and updates from each area travelled to.

Our Taurex Tonic Whisky will almost be making the extraordinary journey with the team. You may remember that we sent our Taurex Tonic Whisky into space in 2017, on an expedition down the Amazon River covering 220km in 2018, and soon, across 20 countries, including mountains, lakes, seas and deserts in the Mongol Rally!

Making their chariot road-worthy: The team have spent months working on the car, along with help from professional mechanics and in April, the car passed it's MOT! Testing the car over the last few months, the team encountered a small electrical problem earlier this month, but managed to salvage spare parts and get everything working as it should. 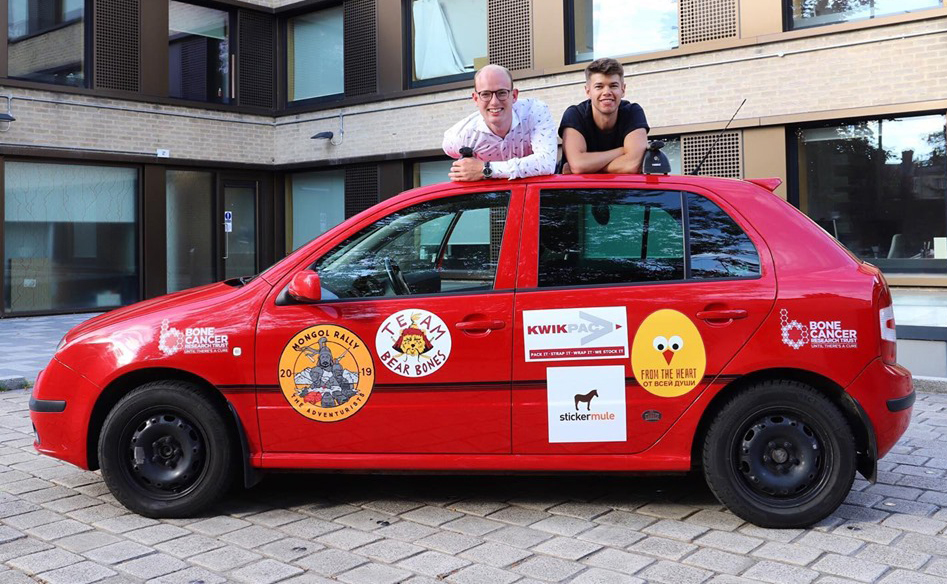 Fundraising: The team have gone all out to try and raise as much as they can for BCRT over the past few months, from Charity Raffles in Oxford, formal dinners, joining forces with local retailers, being featured on BBC Oxford to a fundraising barbecue covering the biggest rowing event of the Oxford calendar. The team will continue to raise awareness and funds for BCRT over the course of the rally and upon their return.

Travel planning: As well as carefully planning their route, Ed, Freddie and Sean also had to ensure they had the appropriate visas for each country they were travelling through. The last of the visas were granted in early July, which was a huge relief!

How long will it take the team to reach Ulan-Ude? What challenges will they encounter along the way? What stunning landscapes will they stumble upon? Will the weather be in their favour? The anticipation is almost unBEARable!

Stay tuned for updates and connect with us on social media to keep up with the team's progress on a regular basis.